I sew early in the morning. Really early. Like earlier than you can find anything good on the radio early. While I was in the why-did-I-decide-to-make-a-twin-size-mid-quilt-funk, I pulled out my sleeve of CDs and grabbed one at random. It was the REM album with the song "Hold On."

"When the day is long and the night, the night is yours alone
When you're sure you've had enough of this [quilt], well hang on."

I listened to that song over and over as I sewed curve after curve. Not that I am counting, but it was 120 of them. GAH! 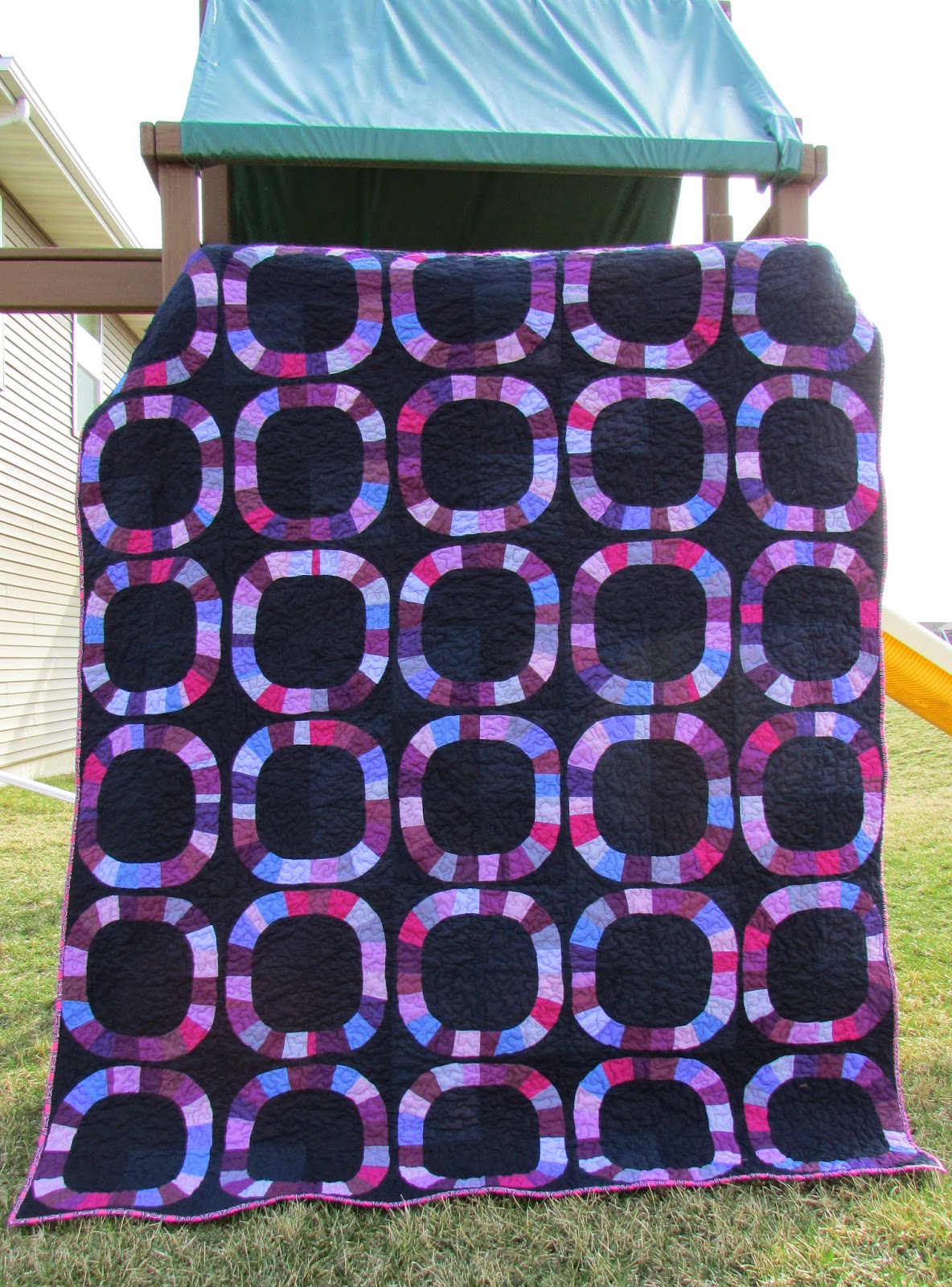 The light was good enough here to catch the tonal background. I used a navy voile and indigo from Michael Miller Cotton Couture. The color difference was subtle in my sewing room, and I worried that the effect would be lost. 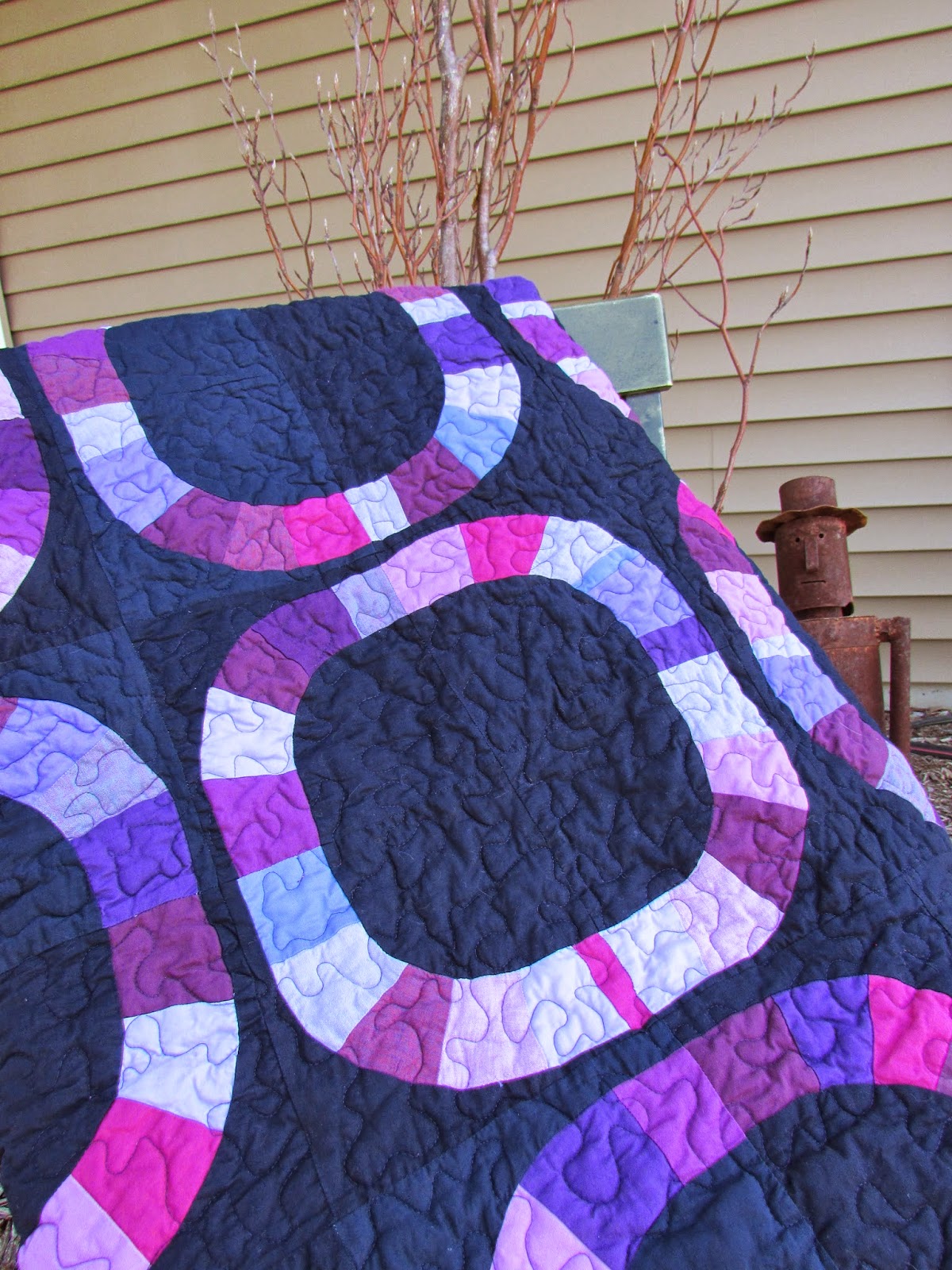 I quilted this using a 50 wt. Aurifil thread in a meander pattern. I wanted to add texture to the quilt, but not any competing design elements. The curvy circles are the star. 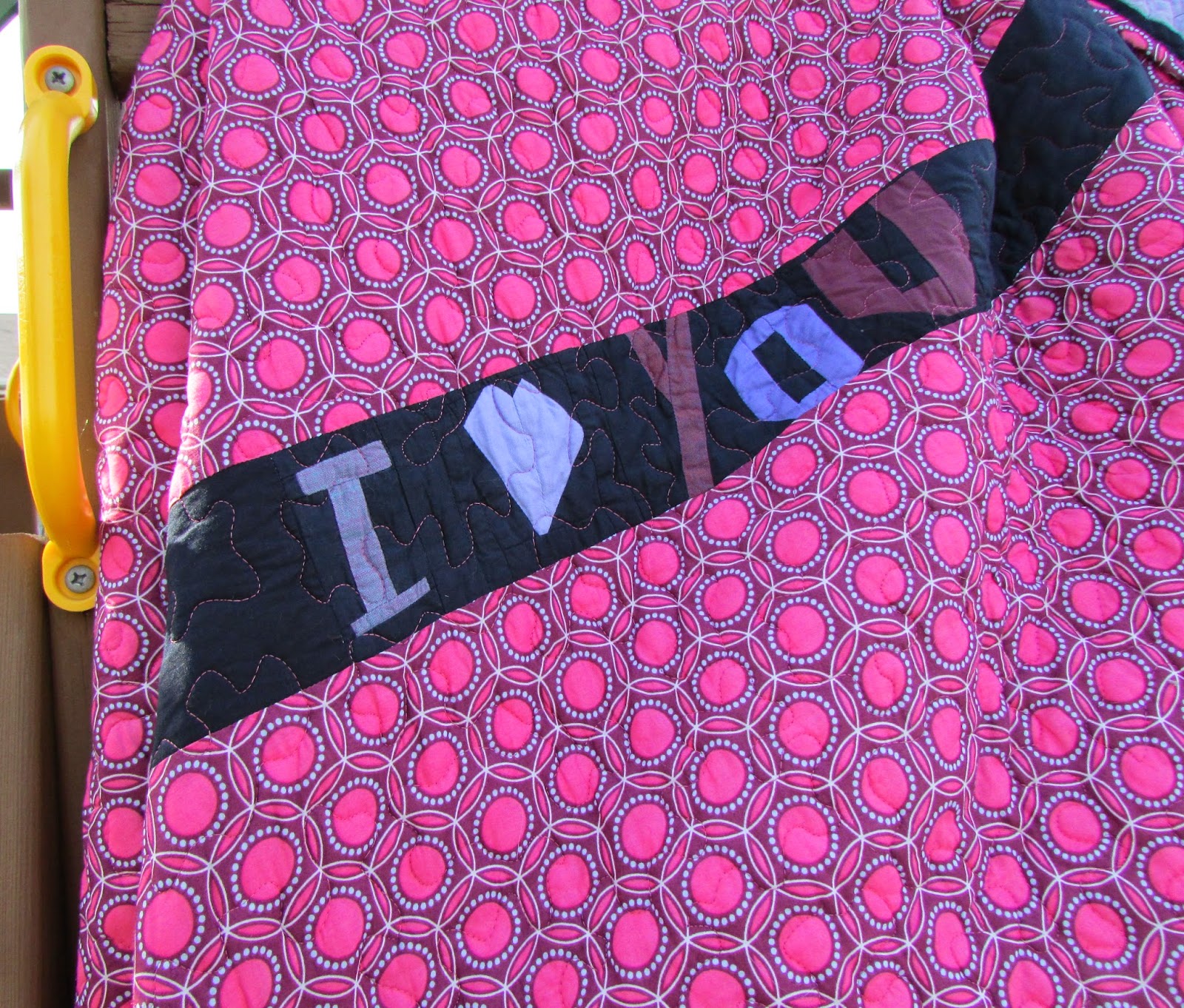 The backing is also voile. It is a Joel Dewberry piece from his Heirloom collection. I freehand pieced the letters as a little message to my daughter. This will be her bedspread when she finally graduates from her crib. This is ridiculous to admit, but I did it originally because I didn't want to go to the trouble of matching the print up on the seam. Ha ha. Now I can just say that I totally meant to do it all along. :-)