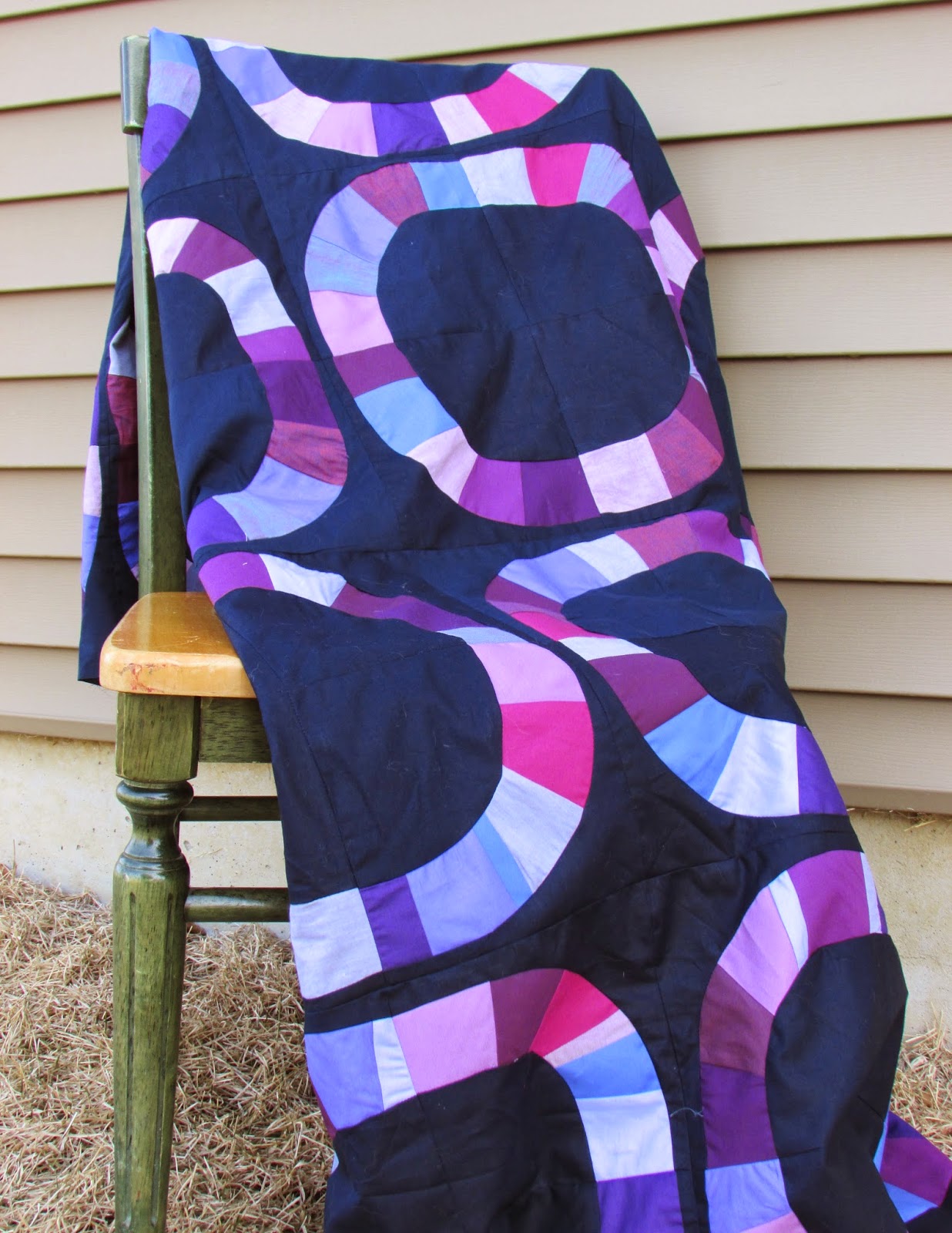 I love the Single Girl pattern by Denyse Schmidt. I admire simple forms and curves are right there at the top of the list. After my last post, though, I’m sure my feelings about difficult cutting tasks are pretty clear. I knew I would never have it in me to make Single Girl, and that thought made me sad. Very sad.

…Until one awesome day I read my boys a book about Henri Matisse and his cutouts. We broke out the art bin and scissors and started making our own cutouts. In between making sure that no hair was harmed in the making of the project and that my sweet little klutzy 3 year old boy didn’t kill us all with his scissors, I made an important discovery…dare I say a LIFE ALTERING DISCOVERY! I could mimic the curve of Single Girl!

The next morning I tried making a test block/pillow and was thrilled to see it worked.

I started with an 8.5” square, folded in half diagonally. I cut the curve from the folded edge to the opposite side. The paper was folded, so the shape is symmetrical. I was worried that it wouldn't make a true circular shape, so I traced the curve I cut three more times so I could look at the completed circle with my own eyes.
The completed circle block measures about 16.5-17”. I cut mine down to 15" because I liked the look of having the edges of the circle so close together. This could easily be done with any size. Mine was 8.5" because I was just using regular-sized typing paper. I would love to do this again in a larger size.

At this very moment, I have 17 circles done. I need to get 13 more done to make it a twin size. This is the part of every quilt project when you're just SO TEMPTED to slap some borders on and call it done. I won't, but not because I haven't thought of it. I heard Will Smith say once that running is something everyone should try because it is great practice in ignoring that voice in your head that tells you that you should stop. Clearly Will Smith has not quilted.

My circles are fatter and smaller, but aren’t we all?

There are 14 different shades of purple, blue, violet and raspberry in this quilt. It reminded me of what my dad used to say about my mother’s singing (which even she admits is awful), “The only time she hits the right note is when she crosses it!” I still can’t look at the color cards and tell you EXACTLY what color radiant orchid is, but I’m sure I’ve crossed it a time or two.

I used indigo blues in Cotton Couture and oh-that-voile for the background. The colors are so similar that it's hard to tell with your eyes, but your fingers? They know the voile is there.