What's scarier than a Halloween quilt?

Being married to a trained driver's education teacher. For real.

The one perk of cheerfully cheating death is the stories he can tell AND the adventures he's had. One of the best happened on one of the "final drives." To make it more fun, my husband allowed the students to choose a destination to drive to on one of their last sessions together. One of the most interesting locations he was ever taken to was The Black Angel. 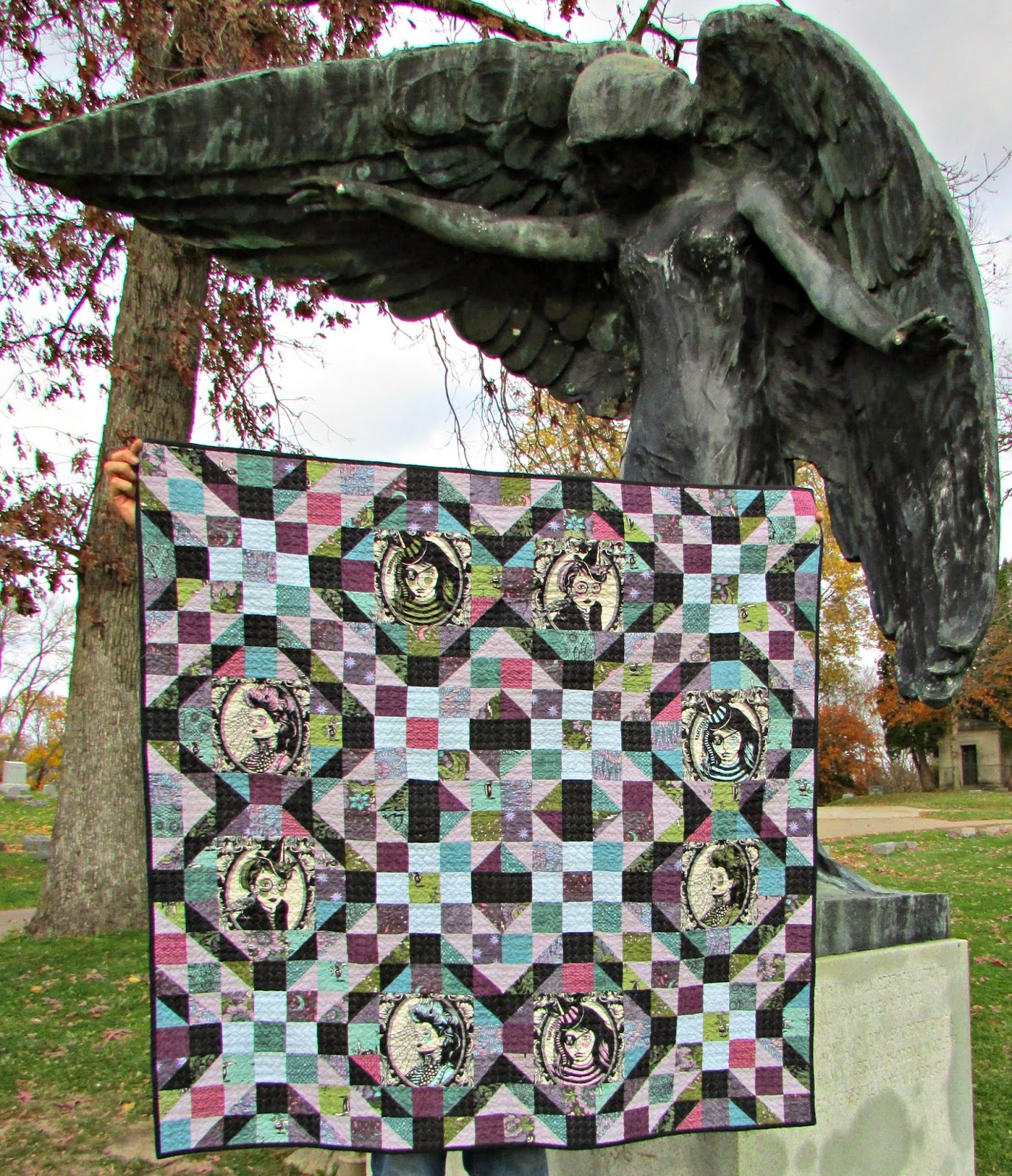 In one of our local cemeteries there is a memorial with a black angel. This particular memorial was commissioned by a woman to stand above the graves of her teenaged son and second husband. Tragically, her son died young from meningitis and her husband died within a few years of their marriage. Somehow, over the years since this memorial has been erected, it has been imbued with multiple meanings and become something of a curiosity. The color has been the subject of much of the controversy. Some think that it turned black because it was murder, not meningitis that did her son in. Others think that it turned black because she swore to her deceased husband that she would always be true to him and she was cursed for forgetting that graveside promise. Still another theory is that the mother was a nasty sort and that the statue was struck by lightning the night she was buried. I guess it's just not as fun to consider that a bronze statue exposed to the elements for 100 years might do something funky. Mystery aside, I find the statue hauntingly beautiful and an excellent location to take pictures of some mysterious girls. 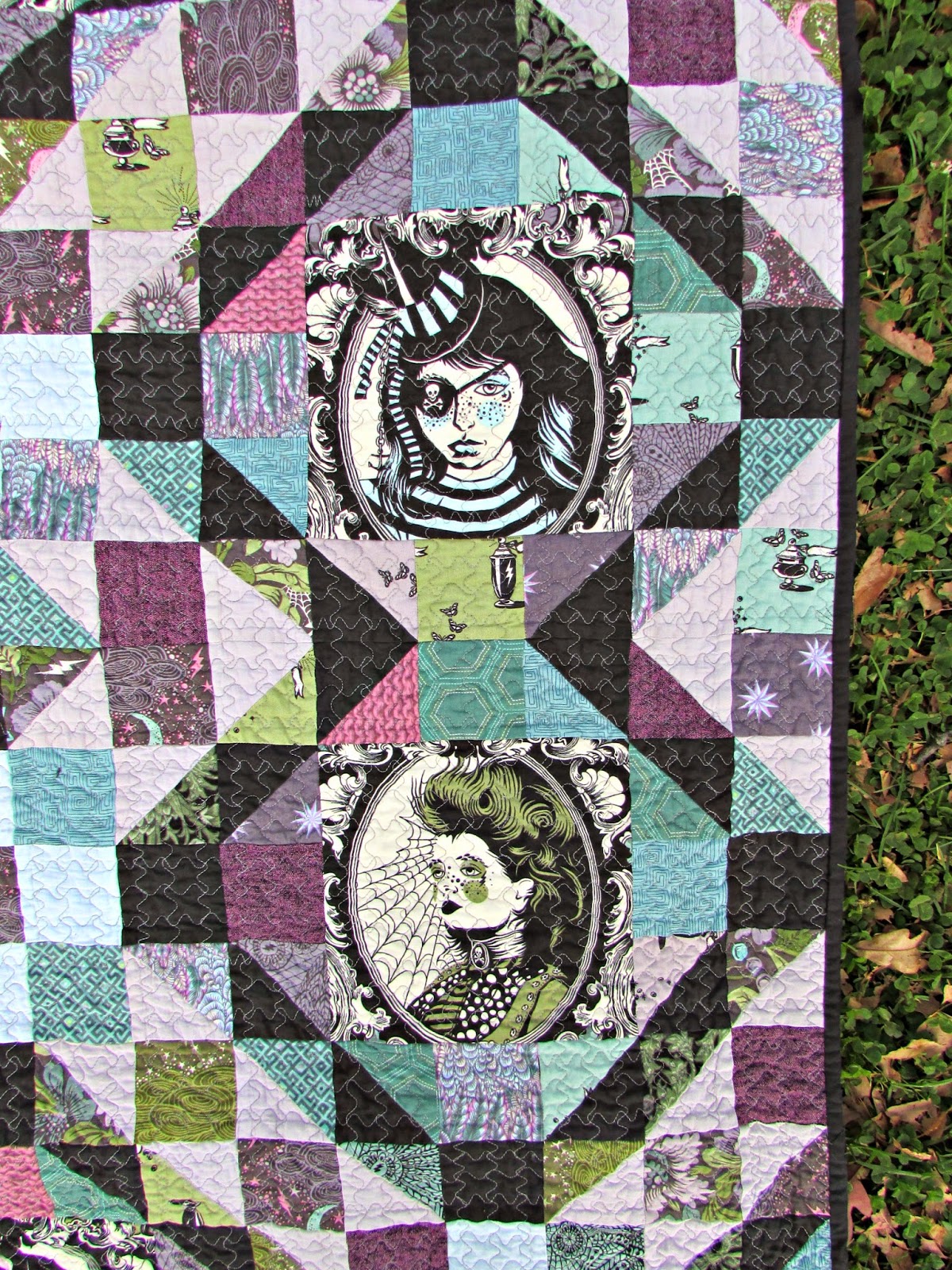 I've had the Nightshade line by Tula Pink in my closet for a couple of years now and I really wanted to do something with it. I found an old quilt block in a quilting encyclopedia I had and did my best to redraft it on graph paper. Needless to say, it was a complex block and it took me quite awhile to draw and color. I took it to a copy machine to make more copies because I just didn't have the will to draw it again. That ended up being a good thing, because I could easily rearrange and spin the blocks until I got the orientation right. Once I was happy with the design, I taped it to another sheet of graph paper and added an additional row of piecing on all sides to complete the pattern. I kept that sheet next to the sewing machine while I put the blocks together.

This is one completed block with the addition of the extra border row on the top and the right. Even though it measures 55" x 55," there are only 4 blocks in this quilt! 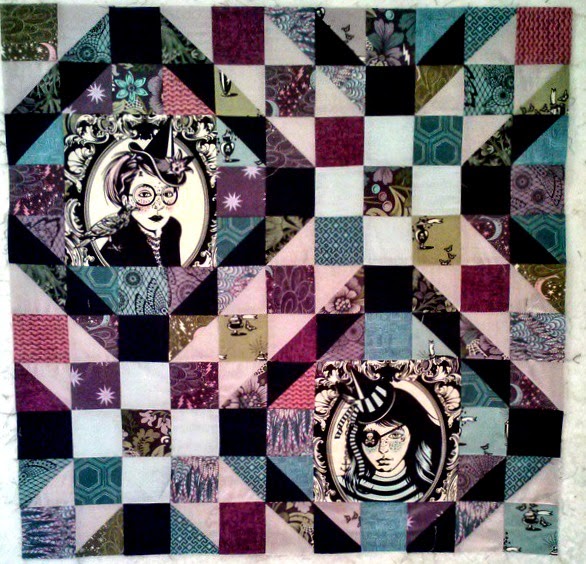 I added more fabrics to Nightshade to make this quilt. I used Tula Pink prints from Fox Field in addition to prints from Modern Quilt Studio, Angela Walters, Moda and even a print from William Morris (I dare you to find it!). My favorite is Robert Kaufman's quilter's tweed in hot pink. I also used shot cotton in artemisia and ice. I love the grayed down palette. 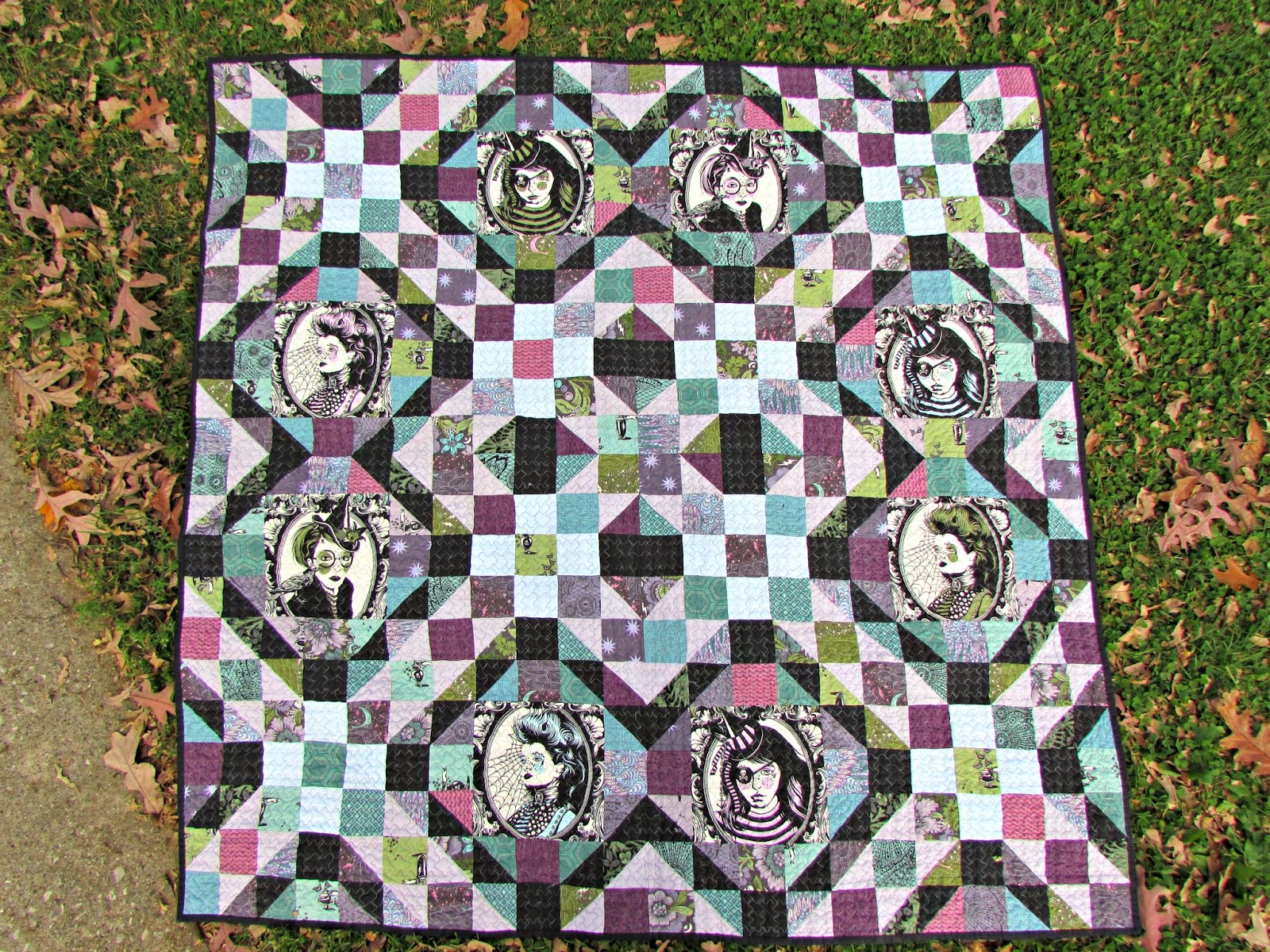 I quilted this in a cross hatch with a swirling stitch that is one of the utility stitches on my Janome. I was going for spider-webby. I used Aurifil 50 wt. in medium gray. You can really see the pattern on the solid black I used for the backing. 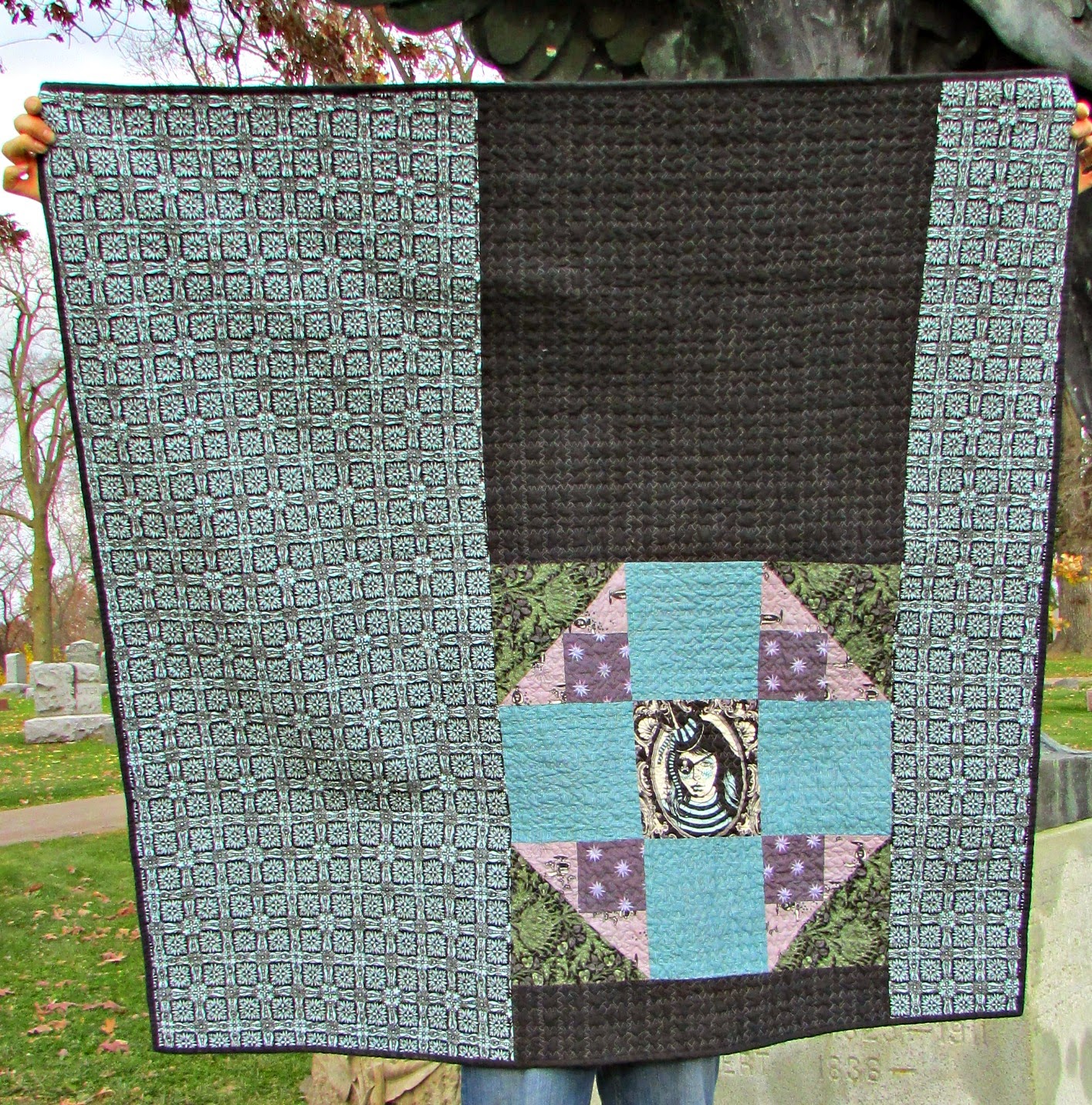 The Nightshade girls mirrored The Black Angel perfectly. Mysterious? Yes. Scary? Not so much. Happy Halloween!